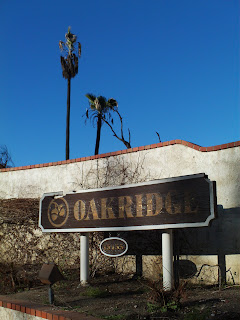 For the next couple of days the terms "total devastation" and "crime scene" were heard over and over. A spectacular video clip of flames rising and spinning into the air, consuming what were clearly visible outlines of familiar homes played on the news, confirming our neighborhood had burned to the ground. Then brief glimpses on TV, later, an official list. Ours did not burn.
The City arranged for Metro buses to take us in, escorted by police, to see our places. We had no idea.
Posted by Karl at 11:15 AM